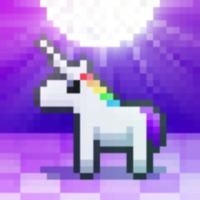 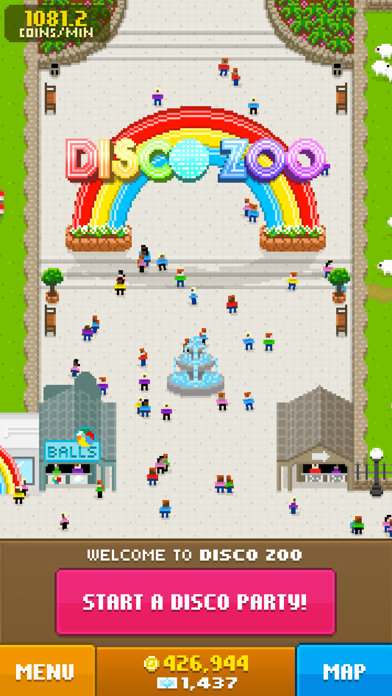 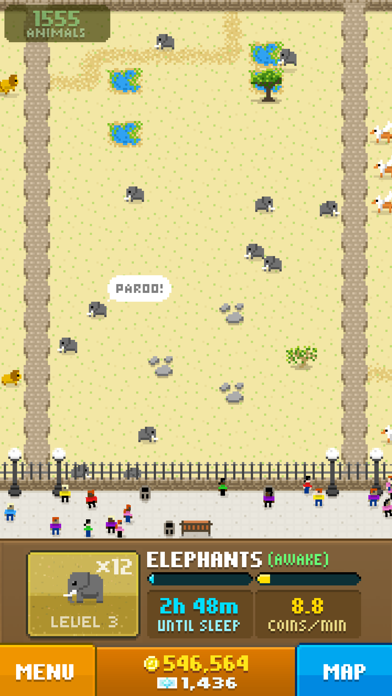 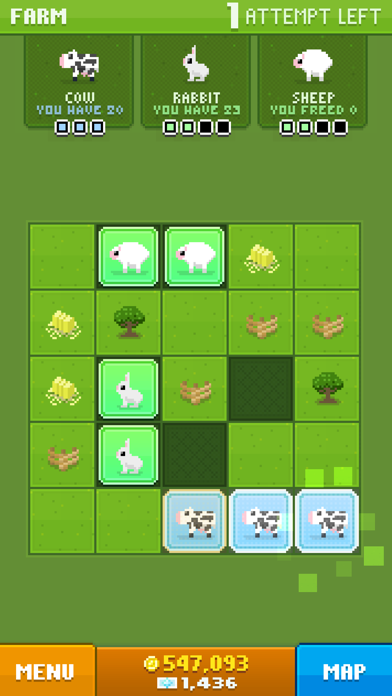 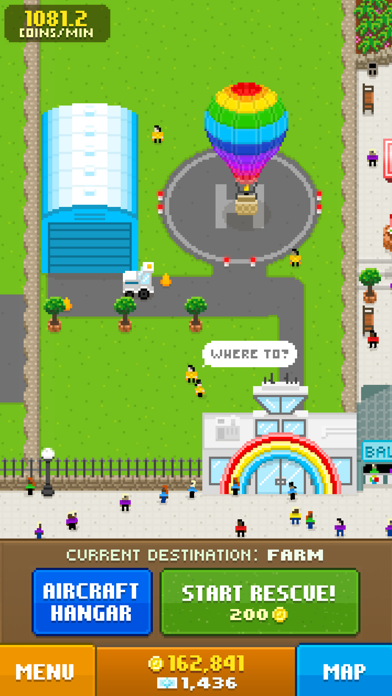 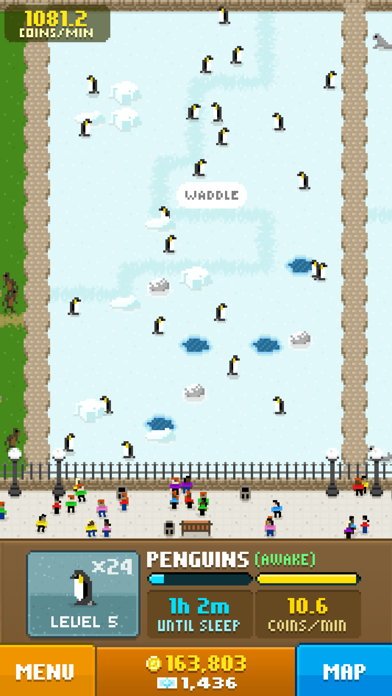 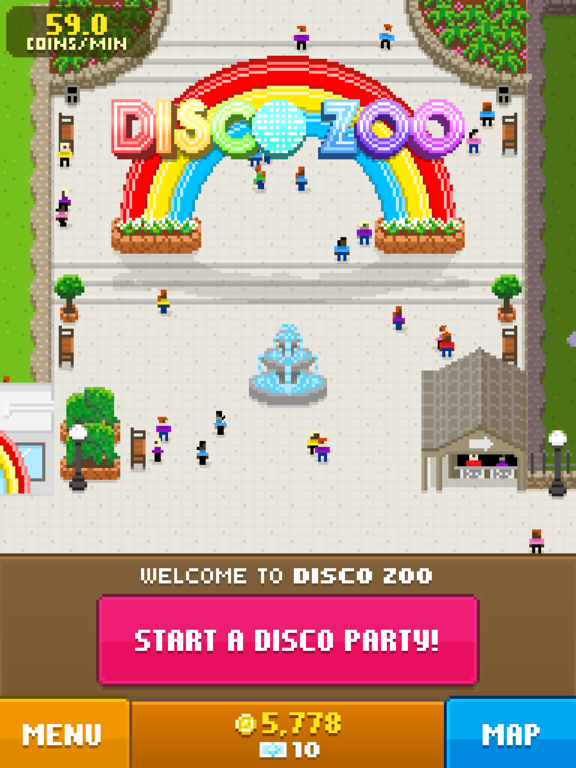 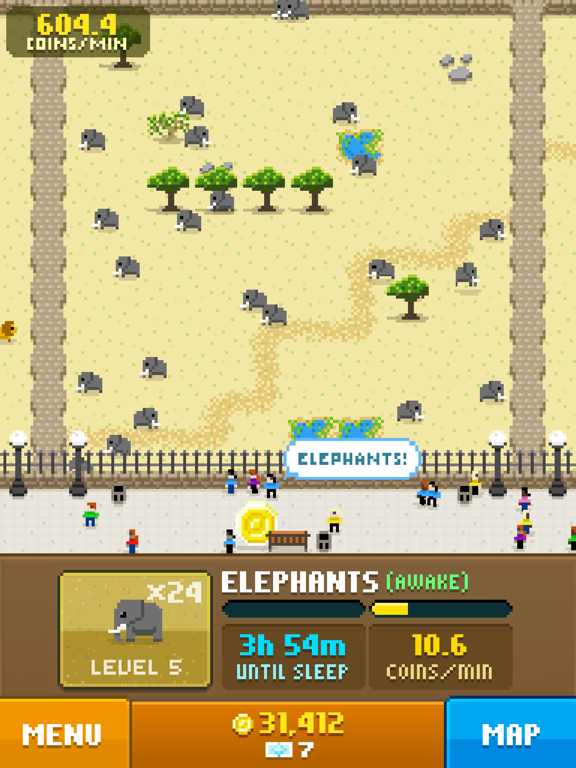 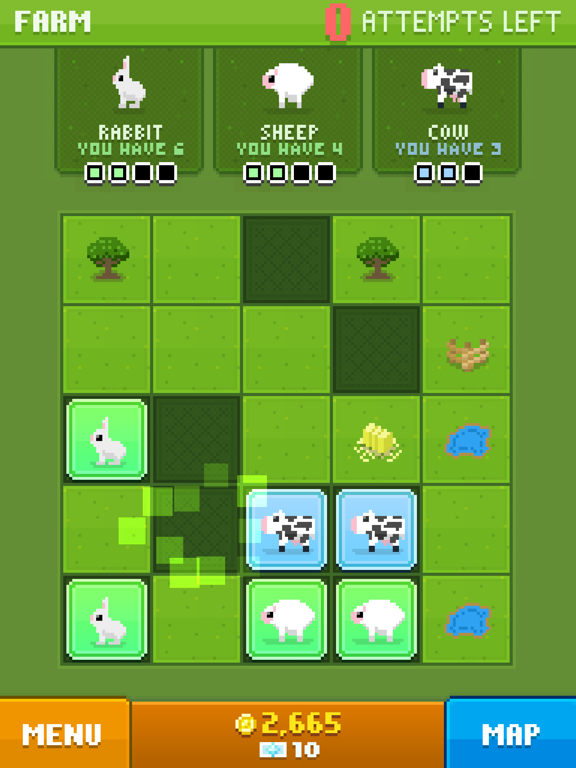 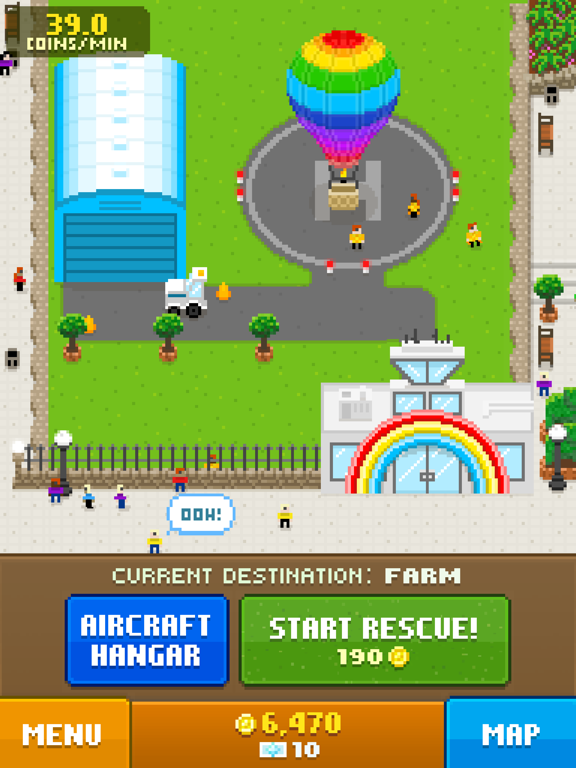 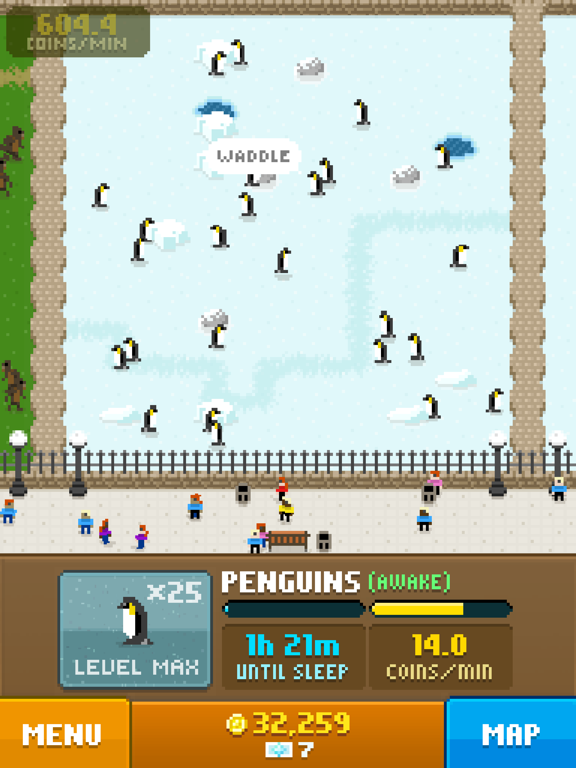 Travel to regions around the world and collect everything from pigs to dinosaurs for your Disco Zoo. Discover hidden animals through casual puzzle play. Manage and expand your zoo to maximize earnings. Throw funky disco parties to get your animals and visitors groovin’!

New in 1.5.0:
My goodness, it has been a while! There’s a bunch of changes here at the zoo to talk about!

Let’s see… so, first off, our scientists have made a discovery related to time travel and built a time machine. With the time machine you’ll be able to rewind time to unlock new Timeless animals in rescues! I don’t understand the details of how it works, exactly, but they assure me it’s safe… probably.

The IT department tells me they have a new cross-platform cloud save system, so you can back-up your zoo and have it available on different devices.

Our props department made a bunch of new fun stuff for the animals. New hats, new decor, and new toys in the ball shop! That should keep your animals looking and feeling great. Visitors to the zoo might notice the decorations you add now too.

We’ve also managed to reduce the costs of a lot of the rescue vehicles. It should make it a bit easier to explore new regions.

Speaking of saving, I got you a new piggy bank to help you squirrel (ha!) away some DiscoBux.

The transportation team tells me that the animal that stole the Funky Bus managed to get its license, so it can earn coins for you now. Though I still think it’s a bad idea to let the animals drive the bus...

Some of the zoo staff got new phones, so we’ve been upgrading various things around here to work better with their devices.

And finally, we took care of a few more bugs. After all, bugs are bound to appear in a zoo from time to time.

Like I say, it’s been busy. But it’s all in a day’s work for a Disco Zookeeper!